We provide you with industry leading test equipment,

advanced online system and solutions–anywhere in the world.

– undue abrasion or damage to the sheath of the flexible cord;

Compliance is checked by the following test, which is carried out without passing current through the flexible cord.

If the cord does not recoil at the angle of 60°, this angle is adjusted to the maximum that will allow recoil.

The test is carried out 6 000 times at a rate of approximately 30 times per minute or at the maximum rate allowed by the construction of the cord reel if this is less.

After this test, the cord and cord reel are inspected. In case of doubt the cord is subjected to the electric strength test of 16.3, a test voltage of 1 000 V being applied between the conductors of the cord connected together and metal foil wrapped around the cord. 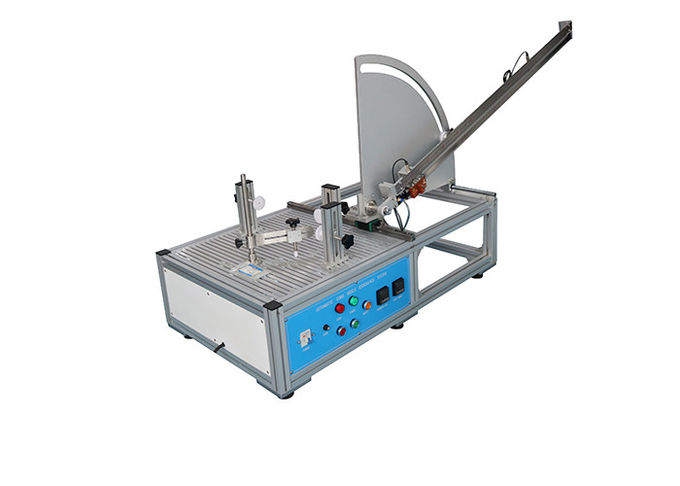