We provide you with industry leading test equipment,

advanced online system and solutions–anywhere in the world.

Application:It is used for the testing of IPX1 and IPX2.

Feature:The rise and fall of the drip box is controlled by the motor. It is equipped with the rotatable objective table whose rotating speed is 1r/min for IPX1 test; It is also equipped with 15°bevel for supporting sample for the IPX2 test. This device is with the clean water filtration unit which can prevent pinhole from jamming, it is controlled by PLC electrical control system, and touch screen operation.

1. Determine the rainfall(drop flow) according to standard requirements.

Because the system is the use of automatic flow control technology, the rainfall can be calibrated in this screen.

Calibration method: The size of the water flow determines the size of rainfall, the proportion between the two. So set the flow corresponding to a certain rainfall, goes to IPX1-2 screen and press【Start】button on the panel to start test, drip box automatic rising then fall from the top till the photoelectric switch detected the sample, water supply start. Press water supply stop Water flow into the PID automatic control, after a steady flow of water for a period of time, measure the rainfall. Increase the flow set value, increase rainfall, and vice versa. After obtained the standard rainfall, press【Stop】button on the panel to stop the test. Input the flow value to IPX1 or IPX2 screen settings. To complete the calibration of standard rainfall before the experiment. 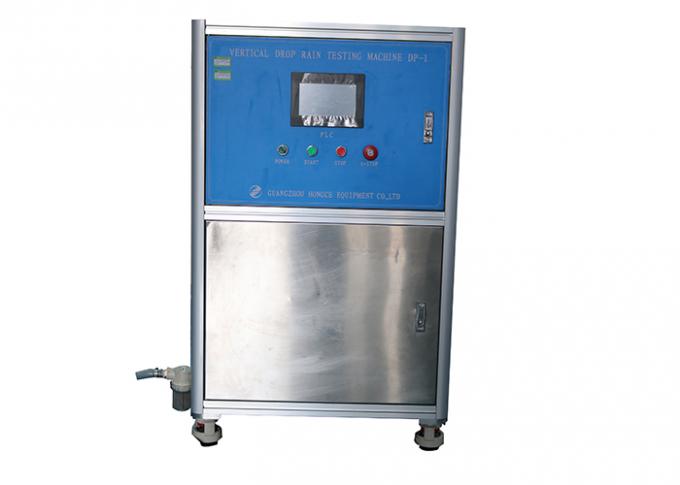 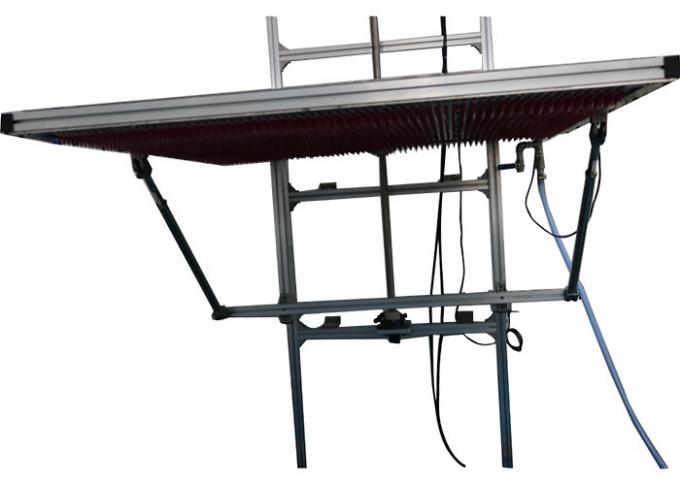 working size: 1000L can be customized